[version January 19th 2013] The right moment (kairòs) has come to say “Stop!” to the supposedly irreconcilable contrasts “Believers – Non Believers”, “Lay People – Religious People”, “Spiritual – Scientific” to leave room for and give time to the transversal Human Community of those who...ASK QUESTIONS (much more valuable than the different possible answers!) for finding NECESSARY UNIT!

What pattern connects the crab to the lobster and the orchid to the primrose and all the four of them to me? And me to you? And all the six of us to the amoeba in one direction and to the back-ward schizophrenic in another?

“Scientific Spirituality”... a pointless oxymoron or a real Opportunity to find an answer to the question made by Gregory Bateson and, furthermore, to realize our deepest Right-Duty to happiness? We would say the second one!

Gregory Bateson incites us, in order to reach such an important existential objective, to a “necessary unit” whose different Paths of Knowledge essentials for its achievement take the common name of Spirituality.

History of Science (Physics, Biology...), of Philosophy, of Mathematics (Game Theory) has taught us that the big Progresses come from the Reconciliation of the Irreconcilable, from the Identity of the (presumed) Opposites, from conscious “Mixed Strategies” (a bit of both this and that…) among: Matter & Energy, the wavy and corpuscular nature of the Light, Blind Chance & Necessity, Rationality & Irrationality.

The same result comes also from Mythology and ancient Oriental philosophies: Plato's Androgyne, Yin&Yang, the Reality beyond Maya's Veil… everything is meant to underline a “necessary unit” which circularly connects the Dualities.

This is Complexity’s prime Duty: to produce a series of "apocalypses" (= unveiling) of the simple, clear and deep "attractors" underlying not only unpredictable dynamics but also the phantasmagoric variety of Reality and those mysterious fractal textures constituting the connecting pattern between  Reality – all of it – and its infinite Dualities (Happiness-Unhappiness, Youth-Oldness, Work-Play, Love-Marriage...).

In this way, the stable and simple Laws which rule our Existences are made intelligible to everybody after having torn Maya's Veil, which transforms Unity and Simplicity into Multiplicity and Complexity, in order to free us from both unhappiness and memes ("mental viruses") which denaturalize and enslave us all!

Is it perhaps the right moment (kairòs) for the ultimate Human Progress, in order to reconcile the supposedly irreconcilable Science and Spirituality, so that the latter is no longer an exclusive prerogative of Religions …?

Science has always dealt with the need to extract the simplicity out of Complexity through experiences (“experiments”) understandable for those who know how to use logic; experiences that are repeatable and capable of being shared by other Human Beings thanks to a democratic attitude and, above all, “falsifiable” (in the Popperian sense). In short, to understand you have to start walking towards measurable and quantifiable Spaces&Times, sharing your acquired knowledge with other people.

Spiritualities have always attempted to solve Complexity by getting to the root of its presumed Unity based on experiences that are intelligible to those who know how to meditate and to pray; experiences that are repeatable and capable of being shared prevalently within esoteric communities (“for a few” initiated) and, above all, not “falsifiable” (in the Popperian sense). In short, to understand you have to start walking towards (not yet) measurable and quantifiable Spaces&Times, sharing your acquired knowledge with a small community of other people.

Religions have always attempted to nullify Complexity by categorizing each aspect of Life in an “eternal” status quo based on experiences prevalently “granted” by Divine faith, intelligible to those who know how to meditate or pray in this state of grace and, above all, intolerant to any attempt of “falsification” (in the Popperian sense). In short, to understand you have to start walking towards not (and never) measurable and quantifiable Spaces&Times, without sharing your acquired knowledge with the others, because this knowledge comes from an individual act of faith.

The right moment (kairòs) has come to say “Stop!” to the supposedly irreconcilable contrasts “Believers – Non Believers”, “Lay People – Religious People”, “Spirituals – Scientists” to leave room and give time to the transversal Human Community of those who...ASK QUESTIONS (much more valuable than the different possible answers!) for finding a NECESSARY UNIT!

The obsessive Western distinction between “I” and “the World” has to regain the happy and healthy CONNECTION through a scientific CONNECTING PATTERN. So that categories like “I and the World”, “I and You”, “I and...” see their differences being melted, confounding themselves one into the other and acts like Donate [Donating?] and Receiving go one after the other in a Circularity of Subject, Object, Matter, Spirit through the principle called “GIVERS GAIN”

The two series of Travels, “I’s Dreams” and “Dream Wellness & Therapy” will drive you through topics and duality belonging to Everyday Reality to discover:

-        The role Dreams play in Happiness and in our deepest nature;

-        What is and how can be realized the Sustainable Happiness – individually renewable also in moments of Crisis, Suffering, Unhappiness – through a Formula of Happiness;

-        What is and how can be realized the Necessary Unit which makes Happiness, Wellness and Health sustainable.

Scientific Spirituality takes care of the emerging Unit from Complexity through a Path of Knowledge and of the resultant Existential Practices to live a sustainable Happiness based on new criterions.

In this we trust!

The Editorial Staff of ComplexLab

For further information or to contribute to the “Scientific Spirituality” Project: redazione@complexlab.it

To take part in the Project "Scientific Spirituality" by the Community of ComplexLab, click on "Follow this Project" on the right side of the page.

Dream Wellness & Therapy – 3: Dream of Love or…. Marriage of your Dream?!

You'll be advised via email of any new document here published 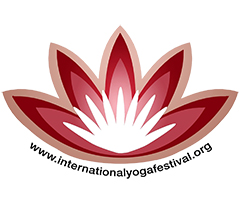 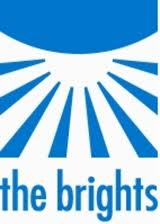